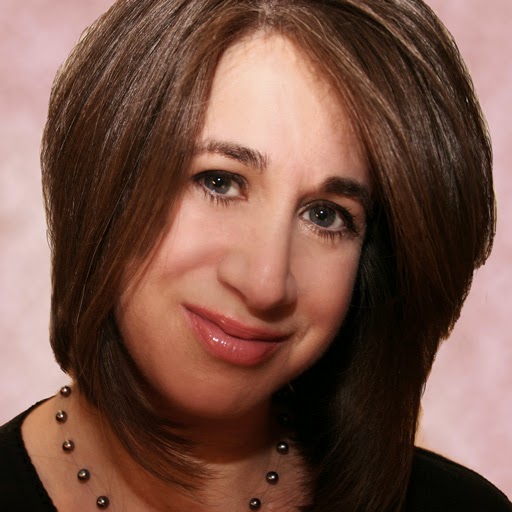 Jenny Milchman is a suspense writer who until recently lived on the road with her family on what Shelf Awareness called "the world's longest book tour". She has come to settle in upstate New York. For now anyway.
Jenny's debut novel, COVER OF SNOW, was published by Ballantine/Random House in January 2013, earned starred reviews from Publishers Weekly and Booklist, as well as praise from the New York Times, San Francisco Journal of Books, the AP, and many other publications. Jenny's second novel, RUIN FALLS, will be published by Ballantine in April 2014 and is available for pre-order now.
Jenny hosts the Made It Moments forum on her blog, which has featured more than 300 international bestsellers, Edgar winners, and indie authors.
Website: http://jennymilchman.com/
Blog: http://jennymilchman.com/blog

And Now, Here's what Jenny has to say about Promotion -

To Promote or Not To Promote...Is That Even a Question?

The question I get asked most often by emerging writers is whether it's really necessary to...X.

"X" can be any number of things. Tweet. Blog. Appear at bookstores. Try KDP, and what is this Pinterest thing anyway?

Because we writers are stumbling around in search of an answer to this question: How do we become successful authors? And this one: How do we reach readers?

As the great William Goldman says, "Nobody knows."

But I don't think this wisdom means that we should just throw up our hands. And while there's not exactly a roadmap for figuring out what you should do once you've reached that land called Publication, whether traditionally or independently, I have accumulated a few thoughts during the long road to my own. Getting a book written well enough that it should be read by readers is one of the harder things any of us will accomplish in our lives. But then what?

First I need to back up and tell you a little about myself. While I’m traditionally published, it took long enough and the world changed substantially enough during that time, that I explored self-publishing very seriously as well. In the end, working with three agents, writing eight novels, and receiving fifteen almost-offers during eleven years on submission, I sold my debut novel to a team I’m truly thrilled with. This finally happened through a confluence of events that still feels mystical to me. And the dream of being a published author was such a long, long, long time in coming that, once it took place, I did the only logical thing.

I hired an independent publicity firm, rented out our house, withdrew the kids from school, and asked my husband if he would accompany me on a book tour that would cover 44 states and 35,000 miles. Not exactly in that order, but you get the point. The whole family's life would be subsumed by this dream, at least for the next seven months.

We wound up visiting over 400 bookstores, as well as libraries, book clubs and almost every place where people come together over books. I've been the inaugural author at a brand new mystery bookstore in Madison, WI and the newbie who drew the smallest audience at a bookstore that holds near-daily events. I stood up in Oxford, MS with a rockabilly band behind me and spoke for precisely fourteen minutes--we were being recorded live--to a house crowd of three hundred. I've done Sit & Sign's where only one person showed up, but that one person drove three hours to see me, and thus will always have a place in the Annals of my Becoming an Author, not to mention in my heart. And there have been events that hit almost every point between these extremes.

So, is this the point of my blog post? Is there a roadmap after all, a literal one that shows our route, or a message: change your whole life in service of The Book?
I'm hoping that writers will take something else from this description of what I've done. That it's not necessary to do any one thing as an author. Neither Tweet nor Tour.

Instead, figure out ways you will find joy in your book being out there, and in your great love of books in general. Things that will help you celebrate this shining accomplishment while connecting with those who want to share it.

To my mind, it doesn't matter what you do, it just matters that in today's increasingly crowded content space, you find something that allows your own voice to stand out. And that doesn’t mean sending daily newsletters to the people who have been kind enough to support us.

Say you're an introvert and the idea of meeting crowds of people face-to-face sounds as draining as a bathtub. Online social media might be a great outlet for you. Or perhaps you have an author platform, such as being a doctor who writes medical thrillers, or a biotech expert who wrote a book about GMOs. Maybe you can find a listserv or organization that will appreciate hearing your wisdom. There are more reviewers today than back when a daily paper landed on the curb at every house in the United States. Book bloggers are today’s word-of-mouth in action. So are booksellers. The net gives like-minded readers and writers ways to find each other virtually and face-to-face. There are more riches than we can ever spend, but that also means that there is more than enough to go around. It's just a matter of finding it.

Some will find Twitter the perfect medium for self-expression while for others the idea of boiling something meaningful down to 140 characters will be anathema. Some will be on Facebook every day, others will start a charitable cause connected to their book. Some might give workshops at writers' organizations, or encounter terrific blogs that allow you to guest post, such as this one right here.

Some might even take to the road for seven months.

And when you do--whatever you do--please come find me. I'll be one of the connections that you make. 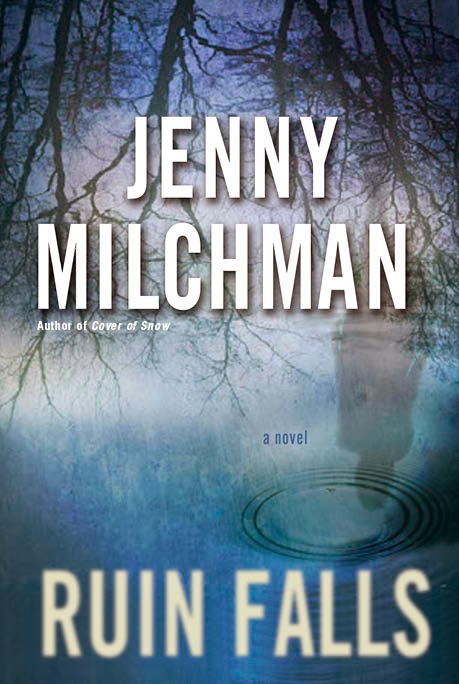 About Ruin Falls:
Liz Daniels should be happy about taking a rare family vacation, leaving behind their remote home in the Adirondack Mountains for a while. Instead, she feels uneasy. Her children, eight-year-old Reid and six year-old Ally, have only met their paternal grandparents a handful of times. But her husband, Paul, has decided that despite a strained relationship with his mother and father, they should visit the farm in western New York where he spent his childhood.

The family doesn’t make it all the way to the farm and stops at a hotel for the night. And in the morning, when Liz checks on her sleeping children, all of the small paranoias and anxieties from the day before come to life: Ally and Reid are nowhere to be found. Blind panic slides into ice cold terror as the hours tick by without discovering a trace of her kids. Soon, Paul and Liz are being interviewed by police, an Amber Alert is issued, detectives are called in. Frantic worry and helplessness threaten to overtake Liz’s mind.

But the children are safe. In a sudden, gut-wrenching realization, Liz knows that it was no stranger who slipped into the hotel room and kidnapped her children. Instead it was someone she trusted completely. And as the police abruptly wrap-up their investigation, Liz identifies the person who has betrayed her. Now she will stop at nothing to find Ally and Reid and get them back. From her guarded in-laws’ unwelcoming farmhouse to the deep woods of her hometown, Liz follows the threads of a terrible secret to uncover a hidden world created from dreams and haunted by nightmares.