Special Guest Hank Phillippi Ryan Was Ready, Are You? 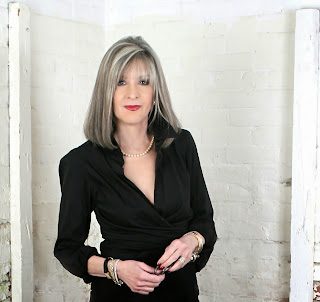 HANK PHILLIPPI RYAN is the on-air investigative reporter for Boston’s NBC affiliate. She’s won 30 EMMYs, 12 Edward R. Murrow awards and dozens of other honors for her ground-breaking journalism. A bestselling author of six mystery novels, Ryan has won multiple prestigious awards for her crime fiction: the Agatha, Anthony, Macavity, and most recently, for THE OTHER WOMAN, the coveted Mary Higgins Clark Award. National reviews call her a "master at crafting suspenseful mysteries" and "a superb and gifted storyteller."

Her newest thriller, THE WRONG GIRL, is a Boston Globe bestseller and was dubbed "Another winner" in a Booklist starred review. She’s on the national board of Mystery Writers of America and 2013 president of national Sisters in Crime.

And now, some words of advice from Hank:

Ask the universe. My darling and tough agent told me that, a few years ago, when I was having some kind of a wishing/hoping/yearning conversation with her. She stopped me, polite but firm, and said listen: there are many elements of the writing world we cannot control. All we can do, she said, is do the very best we can, put ourselves out there, and be ready. Ask the universe. And trust the universe.

I wrote that-- “Ask the Universe” “Trust the Universe”-- on a piece of paper, and posted it on my bulletin board, exactly where I would see it every morning and be reminded.


Now if there is any eye-rolling going on out there among you writers, hang on a minute. Here’s an example.


The fabulous best-selling Meg Gardiner tells the story about her first US publishing contract.  She was a big deal in Europe (still is, of course) but could not crack the US Market. She could not get anything but rejected.

Her UK publisher also handled Stephen King. And that publisher sent King every book they published. One day, King needed a book to read on a trans-Atlantic flight. As the story goes, King stuck his hand into a box of those books, pulled out Meg’s paperback, and checked—the font size. Yes, he told her later, the words were large enough that it’d be comfortable reading on the plane. A random choice, one of many books he might have touched...but it was Meg’s, by the chance of the universe, that went into his hand.

Stephen King loved her book. Loved it so much he wrote a blog about it, and mentioned it in an article. Within days, Meg said, she had offers from 14 us publishers.

That was the universe, tapping Meg on the shoulder and saying, “Kiddo, it’s your turn.”

Now. Meg had a terrific book—if King hadn’t loved it, we wouldn’t be having this conversation, right? So your job as an author is to be ready for the universe. Ready for that moment when
the universe taps you.

And it will. At the moment you never expect.

So yes, we all worry about promotion and number and sales. We whine and wonder—what can we do?

What we can do is write a terrific book. And be ready. Trust the universe.  It will all work if YOU work—and most likely in a way you cannot predict. 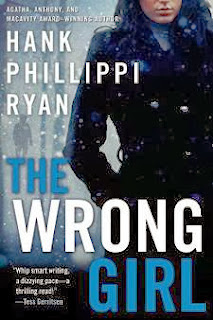 THE WRONG GIRL
Does a respected adoption agency have a frightening secret? Tipped off by a determined ex-colleague on a desperate quest to find her birth mother, Boston newspaper reporter Jane Ryland begins to suspect that the agency is engaging in the ultimate betrayal—reuniting birth parents with the wrong children.
It's a trail of twists and turns that takes them deep into the heart of a foster care system in crisis and threatens to blow the lid off an adoption agency scandal. With a killer at large and an infant missing, time is running out...
"...a crisp, fast-moving police procedural featuring reverberating illegalities, increasing danger and suspense and crackling sexual tension...Another winner from Ryan."     —Booklist, STARRED REVIEW
Purchase at:
http://www.HankPhillippiRyan.com

Please leave a comment to welcome Hank Phillippi Ryan to Book Beat Babes, then stop by her Facebook Page at HankPhillippiRyanAuthorPage to learn more about her and her great books.

Posted by Morgan Mandel at 6:57 AM