Dani Hart, the heroine in my newest romantic-suspense, 30 Seconds, is a babe in many ways. Allow me to demonstrate:

Rock Babe: Dani’s parents were true rockers in the 70’s. Her mom continued to rock out even when she was pregnant, which is how Dani was born at a Kiss concert. She has a vast collection of rock albums including John Lennon and Bob Marley. She also has a rock-inspired tattoo on her back; string notes to Led Zeppelin’s song "Stairway to Heaven."

Horror Babe: Dani is a huge fan of horror movies, especially the classics like The Birds, The Shining, and Halloween. Even after working at the ER where she sees gore daily, and being threatened by the Mob, she still can enjoy a good horror film.

Intellectual Babe: Dani speaks fluent Spanish. She’s also a doctor. She pulls all-nighters at the ER, fights to keep gunshot victims alive, and performs emergency surgery. Although most of 30 Seconds takes place outside the hospital, there is an exciting hospital scene where we get to see her in full doctor mode.

Book Babe: Lastly, Dani is a book babe. When she goes into protective custody to hide from the Mob, what does she grab? A pile of books, of course! And she reads all of them, too.
What kind of babe do you like your heroines to be? 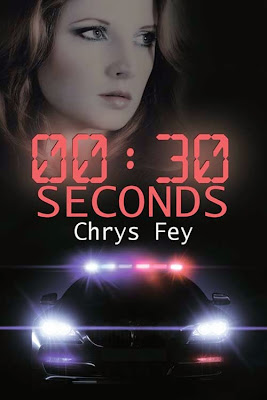 Blurb:
When Officer Blake Herro agreed to go undercover in the Mob, he thought he understood the risks. But he's made mistakes and now an innocent woman has become their target. He's determined to protect her at all costs.

The Mob's death threat turns Dr. Dani Hart's life upside down, but there is one danger she doesn’t anticipate. As she's dodging bullets, she's falling in love with Blake. With danger all around them, will she and Blake survive and have a happy ending, or will the Mob make good on their threat? 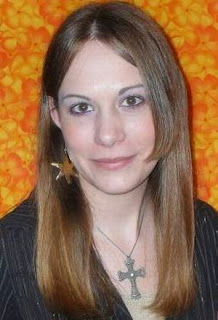 Bio:
Chrys Fey is a lover of rock music just like Dani Hart in 30 Seconds. Whenever she's writing at her desk, headphones are always emitting the sounds of her musical muses -especially that of her favorite band, 30 Seconds to Mars, the inspiration behind the title.
30 Seconds is her second eBook with The Wild Rose Press. Her debut, Hurricane Crimes, is also available on Amazon.

Discover her writing tips on her blog, and connect with her on Facebook. She loves to get to know her readers!


Chrys, thanks again for joining us today and sharing Dani's babeness with us...I can relate to being a rock babe and a book babe, but not so much the horror babe!